Pale Blue Inc. (“Pale Blue”) has been selected by the Small and Medium Enterprise Agency of Japan as a grant recipient of “R&D Support Project for Small and Medium-Sized Enterprises (SMEs) with Growth Potential” in the fiscal year of 2022 (maximum grant amount: 300 million yen).

Pale Blue will conduct research and development on increasing the power of the electron source*1 using water and microwave. Furthermore, Pale Blue will proceed with commercializing water thrusters (plasma engines*2) for satellites of 50-100kg that are increasing in demand. In addition, the company will promote the expansion of small satellite use and sustainable space development by enabling altitude change of small satellites in Low Earth Orbit (LEO) and orbit change from LEO to Lunar Orbit.

3 Co-Founders of 4. From the left: Yaginuma, Asakawa, Nakagawa

Overview: Support SME’s R&D and its commercialization initiatives that collaborate with universities and public research organizations for three years at maximum

About the selected project

Name of the R&D: R&D towards increasing power of the electron source for satellites by using water

The satellite market has been expanding rapidly due to the steady launch of new satellite constellations which consist of a collection of satellites simultaneously working together. However, as gravity and drag will naturally pull down satellites back to earth, they require an engine (aka thruster) onboard to maintain their orbit.  Over half of small satellites lighter than 100kg are not equipped with propulsion systems as conventional satellite engines are often too large, too expensive, or too difficult to integrate as they use pressurized or toxic propellant.  Moreover, while the risk of accidental collision increases every year with the explosive increase in satellites, without an engine onboard, satellites are unable to steer away from collision with other satellites or other space debris.  In order to achieve sustainable space development, it is essential that thrusters are mandated on satellites so they can stay operational for longer (thereby reducing the number of replacement satellites required) and enable the satellite to avoid in-orbit collision.

Pale Blue will achieve sustainable space development by both developing a small yet powerful electron source that can run on water and fostering the installment of water thrusters in small satellites. 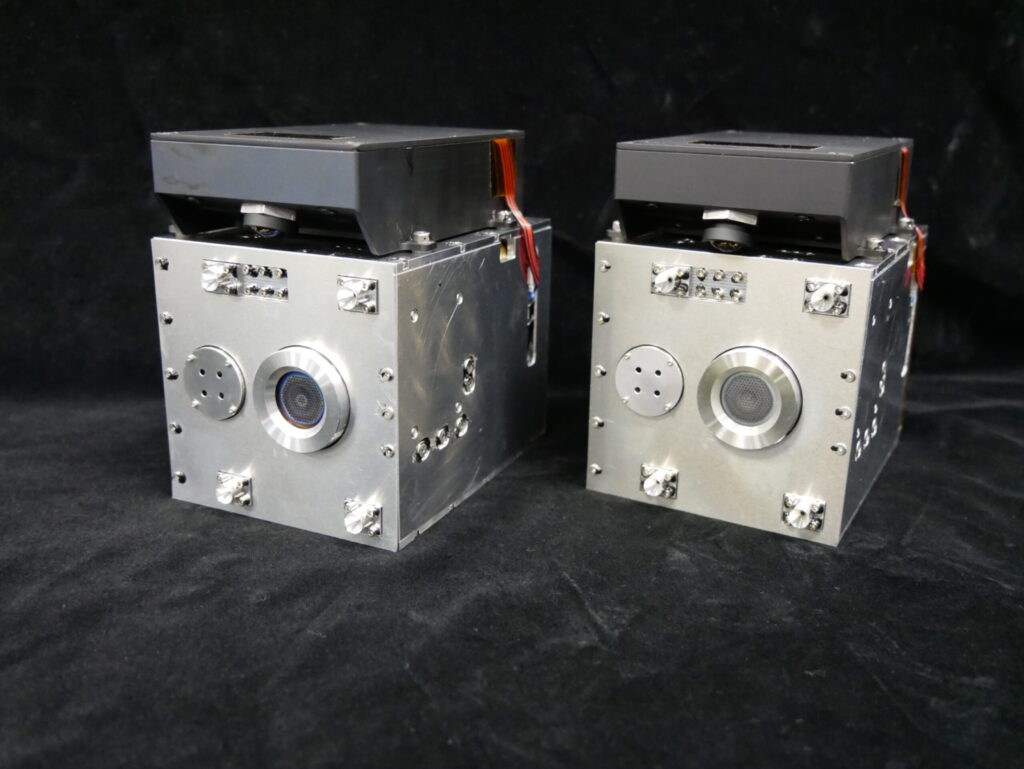 Pale Blue is a space startup from the University of Tokyo founded in 2020. The company is dedicated to thrusters innovation for small satellites that use water as a propellant. Through its water-based propulsion technology, Pale Blue aims to develop a space ecosystem where in-space mobility is not only affordable but completely safe to both humans and the surrounding environment.

An electron source is a device that emits the same number of electrons as ions to the outside in order to maintain the electrical neutrality of the satellite.

A plasma engine is an engine that converts propellant into plasma and emits ions and electrons into space while maintaining electrical neutrality to obtain propulsion power. There are several types of plasma engines, including ion engines that accelerate ions by applying a voltage between two or more grids and using the potential difference between the grids to accelerate the ions to achieve thrust. Another is called hall-effect thrusters, which accelerate ions by creating a potential charge difference between the positive and negative electrodes (electron source). Plasma engines such as ion engines and hall-effect thrusters must be equipped with an electron source that emits the same number of electrons as ions to the outside in order to maintain the electrical neutrality of the satellite.